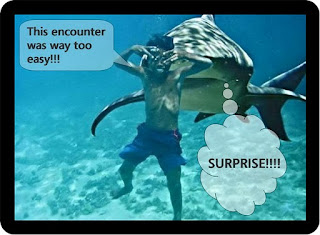 As a Dungeon Master, I sometimes find myself dragging my feet, the adventure seems to come to a sudden grind and cannot bear to trudge through another encounter in the module that everyone wanted me to play.  So everyone got their bonus demon part attached to them in the previous room.  The assassins missed their marks and rolled incredibly badly and then got pummeled before escaping into the dungeon.  SIGH!

Playing like the can often become tedious and boring.  Why not spice up your adventures or any module up with surprises and secrets?

Just because the module says for you to do something does not mean you can't change it up to make the encounters and interactions just that much more interesting.  We are in an age where everything is printed, created and labeled for us, we no longer have to do any work.  We get LAZY!!!  Everything is thought out for us when it comes to our characters equipment and items.  Heck, most people are used to the stereotypical story lines that these fantastic modules present to the players.

Why not add some entertainment to your adventure? Don't just stick with what the players know, WOW them once and awhile and surprise them with some of the possibilities presented below.

Whether it be a stand alone module or a creatively written home-brew adventure, make sure that you insist on your players writing a character background.  Having a character background from your party members allow you to plan more things than just encounters.  It also tends to trigger ideas while you are planning gaming sessions.  Does the character finally meet his long lost father?  Does the character realize that the specter they are fighting is actually his/her mother/sibling/uncle/father etc...

Will a character background allow the Baron to hire the PCs to defend his keep, sending the party to infiltrate the Duke's enclave, only to be set up and captured(maybe) for past transgressions the party has committed against him.  The juices are flowing...

Messages From NPCs or a Specific Characters Deity 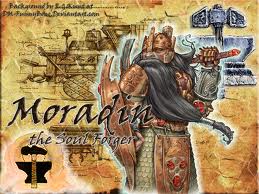 How often do we see the party surprised?  Have them wake up in the morning after an extended rest, only to find a note from a helper NPC.  You can also surprise the players around the table by having that note just appear while the specific players turns away, takes a bio break, or is otherwise distracted.  Play out the scene when the player finds the note in his/her midst.

Have a Deity possess a party member to speak to its representative in the party, or hand the player an item card once he looks into his items before starting a march for the following adventuring day.  Have the characters, while fighting a difficult encounter, have the Deity come in and whisk them away, stating they are favoured beings and their time has not come to die. Let's say a surprise rescue action point per 30 levels.

Set Up a Blog Site or Forum

Use this blog site or forum for as a basis for the adventuring weeks.  For example, during the week, set up a page or a forum of a city you are currently in.  Set up a job board to see where the party may adventure next.  Set up a forum or page for the prices at the various inns in town.  List prices at specific taverns around town.  Essentially, use the blog and forum to create a town that the party can refer to during their times away from the gaming table.  It takes a lot of time but the feedback you would get from your players would be well worth it.


Toss them in there once and awhile.  It seems odd that something like this would hit the list, but in my experience, I have found too many times that players will keep their daily spells and often ask the DM if they are going to have and extended rest after the encounter. If they say it is likely they will rest, players will probably blow everything they have just to be cool. Hitting them while their resources are depleted will surprise them and they will have to rely on their tactics, rather than their powers.

If the characters have some way to rest extra-dimensionally such as the Exodus Knife; find a way to thwart it.  For example, the party just defeated an encounter and decide to rest for the evening.  Using the Exodus Knife, the party members enter and rest for the evening.  The party wakes the next morning the party is shunted - right into the midst of plenty of enemies. The party failed to notice the invisible wizard following them and seeing them enter to doorway created by the knife.

Have you ever awed or surprised any of your players before?  What did you do to keep the spice alive at the table?
Email ThisBlogThis!Share to TwitterShare to FacebookShare to Pinterest
WHAT THE...???
2012-01-25T00:13:00-05:00
Alton
DM Info|
Newer Post Older Post Home
Subscribe to: Post Comments (Atom)