Etiquette at the Table: Tips to Acting Like a True Player 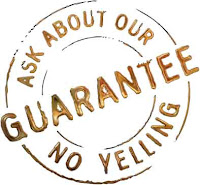 In my honest opinion, there is nothing more annoying than players sitting at my table and the only thing they are not doing, is paying attention to the game.  When a player comes to the table unprepared for the game; it drives me nuts.

When you play any game, be it a board game, or an RPG, there is simple etiquette to follow.  I will list, what I think are the seven (7) most important factors to take into consideration for having a good game night with the boys.
Our whole lives we are taught to sit up staight, knees under the table.  We are told to take off our hats when we enter a building (varies with environment).  You say thank-you and please if you receive or want something.  Why can't we have the same thing at our gaming table?  I don't know about anyone else, but to have players do whatever they want whenever they want is not my favourite thing.  All regular session should have a code of conduct that is established from day one in order to ensure maximum fun in your environment.

Before you start a gaming group, all the players should sit down and discuss what they are looking for in a gaming session.  Unless you have a static DM, each player will be getting their turns in the hot seat.  They will see that it is not fun to DM a pack of wild monkeys.  As much as this game is about overcoming monsters and puzzles, it does not give the players the right to disrupt the game.

There will be times that tension levels will elevate at the table, but it is how your players react to that tension will be the deciding factor between a good game and a bad one.  D&D is a great game, no matter what edition you play, but many players have different styles and different interpretations of how it should be. When an argument arises and you can diplomatically satisfy both parties involved, then your game will improve.  If you only yell and get on like madmen then your group will fail and you are left with no game whatsoever.  Play smart and treat everyone with respect. YOU ARE IN THE NO YELLING ZONE!