It is funny how time flies when you are having fun.  There has been a lot going on in life and for some of the year had to take some time off.  I cried a little laughed a little.  It was a hard year.

One of the bright point of my year was the blog.  It has allowed me to write about plain old stupidness.  I would like to thank some of the people who have stopped by and paid me a visit.  I am not a technical person at all and learned to whole blog thing (or what I know so far) by myself. That was one heck of a challenge for me.  Many an hour I spent trying to fix something or even figure something out instead of taking the time to write.

On the bright side of an otherwise chaotic year, I have been writing, not only for my site, but for Stuffer Shack also. I wrote a few articles for Tourq Stevens (owner of the 'Shack and great all around guy) and was ecstatic that he gave me the opportunity to do so.I would like to shout out to Ameron from Dungeon's Master who gave me pointers on what blogging was about. 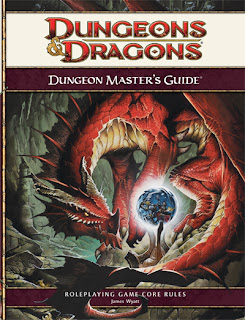 I hope that you all come back throughout the year and visit.  Drop me a line once and awhile and tell me what your experience is like.  Looking forward to seeing you on the site in the future.I leave you now with the first article I ever posted on my blog.  An oldie but a goodie (in my opinion)!Take care and thanks again for stopping by.

We play Dungeons & Dragons because we love the game.  The game can become a little stale sometimes when the encounters are unimaginative and your DM falls into the monotony of the stereotypical “Hack n’ Slash”.  It has happened to all of us at one point or another of our career.


Once a person opts to DM, it is then their responsibility to try and make the encounters and the monsters you face be as memorable as possible.  This means giving their monsters their dues.  Let’s face it, most Monsters are intelligent!  Whether it is the lowly Kobold or the Ancient Red Dragon, suffice to say that most of the monsters we fight are not all buffoons willing to sacrifice themselves so that players can gain XP.  If a DM takes the time to give their monsters a little class, not only would the DM have a lot of fun (it is like playing many characters at once), but the encounters would be much more memorable to all players involved.  Most intelligent monsters would not fight to the death, or when seriously threatened, will try to either reason with the party (possible skill challenge), or simply run away, especially when their mortality is threatened. 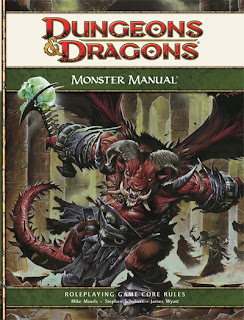 As a DM, I try to choose monsters that would balance the party to cater for the players with whom I am currently playing with.  This may take the form of last minute adjustments to the monsters in a pickup game, or to have the whole encounter planned ahead of time for my regular group.  I know from experience, that even though a ranged character has chosen the option of trying to stay out of melee, this does not mean that they do not want to be challenged.  Why not use that lurker monster (see monster roles below) to sneak past the party’s defensive line?  Or to possibly attack the ever powerful Warlock, the one that is kicking your monsters butts all over the place.  By disabling the threat (even for a couple of rounds), then your monsters have more ‘play time’ with the party, possibly making this encounter challenging instead of the cakewalk they are used to. A better possibility is the monster may recognize that a cleric is pouring out the healing.


Would it have enough brains to send his skirmisher or lurker after him?  Would the monster know that to disable the cleric, the party would have to seriously worry about their futures?  I think so.

Let’s talk about the monsters themselves. There was a great article in D&D Insider about the Displacer Beast.  In preparation for the release of the D&D Essentials Monster Vault, the article touched upon the subject of monster intelligence.  It talks about the various methods a Displacer Beast will use to hunt and it uses its intelligence to fool even the most observant of adventuring party members.  The article continues to talk about the humanlike intelligence of the Displacer Beast Packlord and how they can extremely lethal if played to its full potential.  I would like to discuss the main roles of monsters and talk about how to use them intelligently in battle.
Here are the main roles and attributes of creatures:
1.         Artillery: these monsters are ranged combatants. Then tend to stay behind the lines of brutes and soldiers, hampering their adversaries with a plethora of ranged attacks.  These creatures tend to be more fragile than the average monster.  Monsters like these will want to stay behind enemy lines and let the Brutes and soldiers take the brunt of the enemies’ attacks.  Depending on the monsters attitude, they may fight to the death or flee to come back another day.
2.        Brute: these monsters are the big damage dealers.  Their defense stats tend to be low, but are top heavy in hit points.  These creatures tend to be large or larger, and not very mobile.  They have a ‘Defender’ role to the other monsters in the encounter.  This role tends to belong to the least intelligent of the monsters.  Most of these monsters need leadership and should be under the command of an elite monster or a leader to think and strategize for them. (see below)
3.        Controller: as the role name suggests, these monster tend to control their enemies by hampering movement, inflicting lasting conditions, altering terrain or through mind control.  These monsters tend to stay slightly behind the brutes and soldiers, although they can hold their own in melee.  The creatures are a little more complex to run so limit yourself to one or two creatures in an encounter.  A good template to add to any controller should be the leader template, directing their brutes and soldiers in advantageous positions to hamper the party. 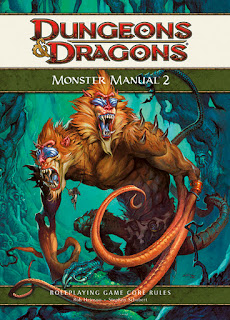 4.        Lurker: is the monster that hangs back, studies the party and then attacks every few rounds with devastating accuracy.  They usually have a power that allows them to avoid attacks, sneak around the main line of enemies with the brutes distracting them.  An effective monster in any combat.  You should limit the use of lurkers to 1 or 2 in an encounter.  These monsters work well with the brutes and soldiers.  They do not have to deal with the enemy defenders as often, which allows you to use their powers effectively in combat.
5.        Skirmisher: is the mobility based striker of the monster roles.  Use them to attack vulnerable creatures.  These monsters have the ability to skirt around enemy lines, sometimes attacking and retreating in the same action. Best alongside brutes and soldiers.  They occupy the enemies by keeping them in place and allow the skirmisher to move around at their leisure.  Controllers are also a good addition to the encounters.  They could have a power that would be able to take a skirmisher out of a precarious position….if they ever get into one.
6.        Soldier: these monsters tend to have high defenses, average hit points and accurate attacks with low damage. They use powers that tend to hinder adventurers from moving around them.  Many of the same type of soldiers work well together in an encounter. Use these monsters to prevent to party from moving around the field and to protect the artillery and controller enemies.  If you want to challenge the adventurers, use soldiers with controllers and artillery in a small confined room.  This will give you a few rounds to pummel the adventurers.
Along with the standard roles of monsters, we have the Leader, Elite and Solo subtype monsters. Monsters with the subtype of Leader are monsters designed to work well in a group of monsters.  The Leader gives them special abilities through an aura, a power, or a mere presence.  It is just a subtype added to a monster to give the encounter a little flavor. Examples of powers from a leader would be initiative ability +2 as the warlord power.

Elite monsters are a tougher version of a monster.  They are much more of a threat to the party than a regular monster of that level.  For example, while fighting a group of Kobolds in their keep, the door opens to reveal a sinister looking Kobold.  This new monster may look like a grizzled veteran that has survived many battles with long, deforming scars, or a Kobold battle wizard wearing a necklace of past adventurers teeth.  Just by looking at the figure tells you that it is much tougher than their counterparts.  You know that he is the boss of these guys.  They are great mini-boss types of creatures. 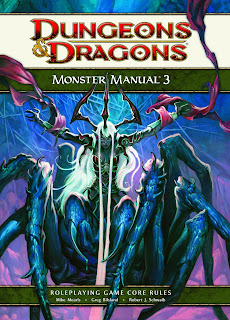 Enter the Solo monster.  These monsters are designed to appear as one super tough monster for the party to defeat.  They function as a group of monsters.  They are unique monsters, tough as nails, insane amount of hit points, powers that do excellent damage.  They are like the Big Boss of your favourite video game.  The monsters tend to be unusually intelligent, an irate Lich that take offense at your intrusion into its domain.  In some case it might just be some really furious creature defending its lair, such as an ancient Owlbear or an Umber Hulk.  Who knows?

Most players invest a lot of time and energy into their characters.  Players expect to be challenged all the time, on a continual basis, throughout the adventure.  Imagine going encounter after encounter using only your at-wills because no one is attacking you.  What about that cool new power you chose last level to teleport you away in case of being attacked by that lurker nearby?  Will you ever get to use it?  The defender wants to go head to head, the rogue wants to sneak about, and the archer ranger wants to be challenged.  Playing a monster with class and intelligence, means they are assuming their roles on the battlefield, which inevitably leads to greater challenges, which leads to more interest at the gaming table.

Regardless of how you DM, if you play the creatures the way they are meant to be played, it will add a lot of flavour to your campaign.  Your party members will appreciate being able to communicate, barter, demoralize and frighten your foes, instead of just killing them all the time.  Your controllers and leaders will have greater involvement in the outcome of the adventure.  Who knows? A party member may ask a question to a captured creature, which may give you ideas for future encounters.
Email ThisBlogThis!Share to TwitterShare to FacebookShare to Pinterest
Today is 20ft Radius' 1st Birthday
2012-02-01T00:13:00-05:00
Alton
General Stuff|
Newer Post Older Post Home
Subscribe to: Post Comments (Atom)