Presenting Choices in Encounters: Morality and the PC's 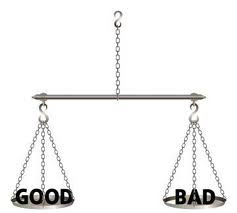 I remember playing way back in high school in the good old days - that being 2nd Edition(about 20+ years ago).  We were playing an evil campaign of PCs and I was an 11th level elf wizard.  We were in town to fetch some supplies, stay a few days to rest and then move on.  It just so happens that there were some girls there and we wanted to do them.

While we were off doing our thing the rest of the party went into town to see what was happening.  It just happens that someone recognized some of our party members and reported us to the authorities.  They tried to stop us all, but my character could not escape.  I was fresh out of spells.  So I surrendered.

The hearing did not go well (after they recited all my exploits). After a night in prison, they sentenced me to death by burning and brought me out into the town square and tied me up on a post in the middle of a wood pile covered in oil.

The whole town was out to see this execution.  I needed to escape and all I had left was my ring of spell storing with 3 fireballs in it.  Before they could light the fire, I let two of the fireballs out and killed off most of the crowd.  Right or wrong?  I don't know.

Morality has always been an issue at the gaming table.  The DM presents us with a choice and we choose to do good, bad and sometimes ugly. In the above example, I chose the ugly. The DM presented me with a choice, try to escape, or choose to surrender.  I chose to surrender, thinking that I could bluff my way out of the situation, through mistaken identity or some other way. 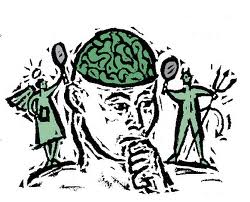 Yet when my sentencing was to be carried out, the DM still knew I had my ring of spell storing on and purposely placed hundreds of people in my path to freedom.  Being chaotic evil, my character had no problem snuffing the townsfolk, but me as a character, well let's just say I have not voluntarily played evil since that campaign.

A good DM has the knack of placing these characters in moral situation, which require them to either do what they think is right or go against everything they believe in.  What would you do in these situations?


These choice are difficult to say the least and the number of possible situations that the DM could put the player's in is limitless.  In the gaming world, there is no right and wrong, only good, evil, and neutral.  Playing your alignment takes a lot of work out of the decision making, but all in all the choice is really the players.

Would I feel comfortable playing another evil character?  Who knows, I would have to try it sometime.

Have you encountered similar situations?  Has your character done things that you - the player have been uncomfortable with?