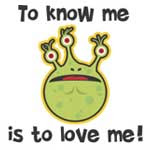 I have always looked at monsters as being obstacles to overcome during a combat encounter.  Whether you kill them or not, there is more to monsters if you think about it. I recently DMed the paragon tier adventure P1: King of the Trollhaunt Warrens and absolutely fell in love with my monsters.  The writers of the module is are geniuses and idiots.
They created the warrens, with monster groups and lodgings. I thought this concept very interesting cause I was the one to always play in the adventure and not DM these creatures.  Imagine this; Troglodytes living in an organized society, living harmoniously in their little caverns, minding their own business, spending time with their families, until....'The Adventurers' came in and slaughtered them all.  This is why I think the writers are idiots.  I fell in love with these monsters and it does not help that my imagination created a society from this adventure.
When my party entered the quarters and started shooting up the place, I was sad that my little village had been destroyed.  I started thinking:  why can't monsters get the same kind of attention that racial humanoids get when it comes to organization, structure and civility.  Monsters are not well understood in this game, they are just a statistic.  Now you will tell yourselves, 'Man this Alton guy is going off the chart!' with this monster thing.  Maybe I am and maybe I'm not!  I am going to write an article a little later on about the monsters and how giving them some humanity can make for a much better adventure.  That is another story.
What I am going to talk about on this Valentine's Day is about monsters.  You ask me what about them, and I say:
'What would MONSTERS get their spouses for Valentine's Day!!!'
Today I will compile a list of common monsters we face in our campaigns and attempt to bring some humanity to them by telling you what I think they would give their spouses for Valentine's Day.
Monsters can be romantic in their own special way!  We never talk about monsters in this fashion, because the ones we face are the one's no longer able to celebrate Valentine's Day with their spouses.
Email ThisBlogThis!Share to TwitterShare to FacebookShare to Pinterest
Beholdher Beauty: Valentine's Day Suggestions for Monster Couples
2011-02-14T15:36:00-05:00
Alton
General Stuff|Valentine's Day|
Newer Post Older Post Home
Subscribe to: Post Comments (Atom)