A Weekend, a Cottage, Good Friends and DnDNext (Part 2) 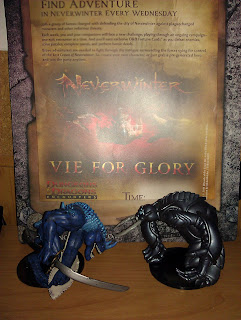 Last weekend, my friends and I got together for our annual D&D weekend.  We head north of Toronto, to my friends cottage with 5 others and play D&D for the entire weekend.  This has been an almost annual occurrence for most of us since 2005 or so.  We take the Friday off usually and head back on the Sunday.

Playing all weekend is so much fun, reminding me of the hours we used to play as teenagers in our parents' basements, sometimes until the wee hours of the morning.  Let's just say that I am still trying to catch up on my sleep.

In the last post, I posted some photos of the setup and some of the things I use when I game and DM. This post deals with some of the hard dealings I had with the running of the game.

I came to the realization of a couple of things, changes I would like to see deleted and added for DnDNext...

DMing epic level for the first time brought a lot of realization to me on some of the shortcomings of 4th edition, as well as the shortcomings of other editions I have played.  Now don't get me wrong, I love all the games, but I get so frustrated on certain aspects of the game,  that I hope DnDNext can rectify them.

I get so frustrated with conditions in 4th Edition. There is so much to remember at the beginning of each turn that my mind is reeling at the end of each turn, trying to remember everything that every character can do to me if I do this, or that.  As a DM, I think it is a nightmare - especially if I am fighting with a solo monster.  Within one round at the epic level, I could have up to five or more conditions on my creature, by the time it gets to my turn.  The fighter has marked me, avenger has oathed me and dazed me (save ends), the assassin has critted me and I am taking ongoing 20 damage (save ends), the shardmind has slowed me until the end of my next turn, the ardent has weakened me(save ends) etc..

It is frustrating trying to keep track of all these conditions.  I don't care if you have the best system in the world, consolidating conditions such as these take a lot of time.

Back in 3.5, I don't ever remember taking time to keep track of the conditions on the creature.  If a wizard cast ray of enfeeblement on a creature, I quickly adjusted my stats for the creature affected and for the remained of the encounter, the creature was subjected to the effect.  Really, how many times have you run an encounter that lasted more than 8 minutes (in combat time).

Bring back paralyzed, petrified and all the conditions that could be deadly for the PCs as well as the monsters without the progression and the saves ending.  Get rid of this, make it more fun. 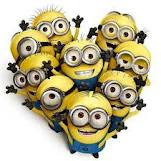 I love minions, but I found that they were useless if you had players who had AoE spells galore.  Group a couple of minions together and BLAMMO!  they were gone.  I know this was the purpose of them, and they are just meant to get into the way of the party.  I hardly used minions in my games because of the lack of threat they posed to the party.  Most are slow and are dead before it ever gets to their turns. It is essentially bonus XP for the party.

Make them work for it.  This weekend I tried two hit minions for the first time, and I can tell you, it made a world of difference in the encounter.  Two hit minions, for those of you who have never heard of them, are minions that have to be hit two times in order for them to be killed.  They were first introduced(to my knowledge) by Dungeon's Masters in their article: "Two Hit Minions" and "More Than Just Minions".

The players were surprised and thoroughly enjoyed the added difficulty of having to hit the creatures twice.  It was a great battle.  They finally had to work for their XP and some of the minions even got a couple of hits which scared some of the party members(short term of course).

Bring the two hit minion into the next edition, it will be worth it. 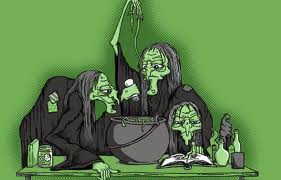 I really like what they have done in the power categories for some of the classes in 4th Edition.  The ability of the fighter to have more than just his hack power is awesome.  It is nice to see classes like this getting some recognition and flavour in the way their class is presented.  Unfortunately, for those spellcaster classes, such as the sorcerer and the wizard, 4th edition dropped the ball on this one.

The change that WotC brought forth with 4th edition towards spellcaster classes seems to have stunted any growth of the classes.  Who ever though fireball would be an area burst 3 power and only do 3d6 point of damage.  Sad.  What happened to all the dice rolling?  I remember everyone sitting at the table waiting with dread and awe to see what kind damage this fireball would do, or lightning bolt, etc.

Bring back the spells and let the magic users cast spell like they used to in the past.  I always enjoyed having a limited number of spells.  Bring back spell slots and let magic users run out of spells.  It seemed to be a realistic representation of how a magic user would work. Character death should be a reality.  Characters should conserve their power and use them only when needed.  Fighter powers are alright in that they trained and slaved to learn these forms(powers) and should get to use them at-will.  Magic should be something that is limited in its use.

What do you think?  Do you agree with me?  Do you have the same problems?

Leave us a comment and tell us how you feel!!!

A Weekend, a Cottage, Good Friends and DnDNext (Part 1)