Prize #3 has just been announced by Tourq Stevens, owner of Stuffer Shack

DriveThru RPG has just announced their prize in the form of a 50$ gift certificate to their store. 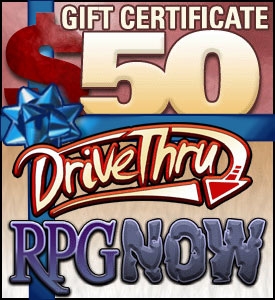