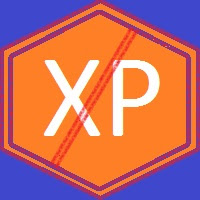 There is a certain progression we expect from playing this game every week, which comes in the form of experience point and eventually, leveling up.  Everyone wants to level up for a few reasons:  More hit points, better powers, more challenging monsters.

Some people like to calculate their XP using the rules and the XP allocation tables in the Dungeon's Masters guide.  Some people like the roleplay, to be told to level up when it is necessary, not worrying too much about how much XP they are going to get.
Those Who Need to Know

Most of the players out there like to know how much XP they get after every encounter, to be able to manage their PC's powers, feats, skills for whatever system you are playing.  these players are usually the ones who sit a determine what their characters are going to look like at 20th or 30th level.

Newbies are another group of players who like to know how many XP they are getting.  It is understandable for them to want the experience: they have either not often leveled up characters, have not played the game very long and are excited because their character just keep getting new stuff as they progress.  Newbies are not initially big into roleplaying because they do not know any better.  I remember when I first started playing, when slaying monsters was the coolest thing.  I could not wait to get the experience to level up my character because he was going to be extra supecool!

Those Who do not Need to Know

Roleplayers in general(I mean those who concentrate on the storyline) tend to not worry about XP too much.  They trust that their DM will level you when it is appropriate for the party, and that certain item will be handed out when the time is right.

I find that most experienced players tend to think this way.  They have played enough character and have progressed through enough of the powers and that a good storyline is the thing for them.  They tend to think of their characters as actual players instead of just numbers crunched on a piece of paper.  They are the type of people who can go through a session without having rolled a single die and come out of the session saying that it was the best session yet.


Lately, it seems that I tend to veer more towards the 'I don't care about XP' these days.  I am completely satisfied on the abilities my character has and I just want to have fun with him.  I love the game we are playing now and I just seem to relish the roleplaying chances I get.

There is nothing wrong with either way of thinking about XP, just different perceptions.  What style of playing do you like - XP or not?  How long have you been playing?  Do you like to roleplay or rollplay?  Whatever way you like it, keep gaming.