All Fools' Day: A Rogue's Revelry 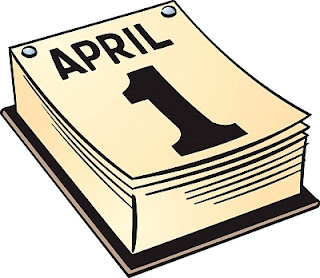 April Fools' Day, otherwise known as All Fools' Day has just passed and I thought...hmmm how would a rogue take advantage of this day to pull some pranks on his buddies.

This day actually was first recorded back in 1392 in the days of Chaucer.  Readers misunderstood and incorrectly translated "Syn March bigan thritty dayes and two." thinking it was the 32nd day of March, which in essence is April 1st.  In Chaucer's tale, the vain cock Chaunteleer is tricked by the fox.  The rest is history.

I thought I would dream up little things that the rogue could use to prank his party members on this tricky little day.


This really is a day for rogues and playing practical jokes is a good way to ease some of the stress of constant adventuring.