Leaders are the Best Role to Play! 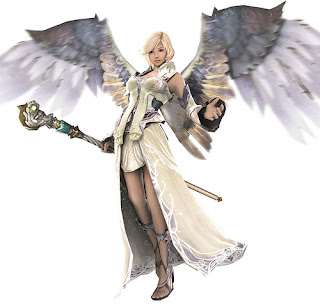 Thinkers supposedly make the best leaders on the battlefield.  I still say any motivation can play a leader.  You can learn about people and places using your diplomacy and insight.  You can easily dramatize the rescue operation for a dying character on the field, or maybe you are out for revenge on every undead out there, blazing rails with your radiant power.  Maybe you want to rule the party by dishing out healing based on specific conditions.  You could explore the world trying to bring peace and justice to all, healing disease and disaster around the world, satisfying your own wanderlust.

It takes a very special person to play a leader, someone who has a goal for the character, not short term but throughout a whole campaign setting.  Leaders love to take care of their fellow adventurers during combat, healing wounds on the spot and providing bonuses and buffs to individual players.  You are the glue that holds the party together, so much so that, if you cannot establish some form of tactics in an encounter, the whole party would be knee deep. You love puzzles and relish the thought of facing creatures of equal intelligence and wisdom.

Leaders can be from any alignment.  Do you wander from town to town, entertaining people just to feed yourself?  Are you head of a Church of Pelor in your hometown, trying to better yourself and the citizens?  Are you a battle-crazed undead slayer who does stoop down to their level?  Is your ultimate goal the one of lichdom?  Any of these goals in life are acceptable and prove that any alignment you want to play is possible.

Each leader class has its strengths:


This is what a leader would say to other roles out there:

For the defender: 'You want healing? Get hit first!!'

For the controller: 'Clear the path! I need to get to the striker!'

For the striker: 'I gave you everything; flanking healing!!  You can't get blood out of a stone!'

For all the oldies and newbies out there who play or want to play the game, the leader is the best role to play. Who need allies when you can heal yourself, and still be able to dish out the damage? All I need are people to  do my bidding, and the battle will be won.
Email ThisBlogThis!Share to TwitterShare to FacebookShare to Pinterest
Leaders are the Best Role to Play!
2011-02-23T23:26:00-05:00
Alton
Player Info|
Newer Post Older Post Home
Subscribe to: Post Comments (Atom)