GenCon 2012: D&D Championship, Fourthcore Team Deathmatch, and so much other coolness! (Part 2)

What constitutes the ultimate gaming high known to humankind?  I'll give you a hint: it has 93 hours, 2 tournaments, umpteen seminars, and a lot of cool people.  It's called GenCon, and this is the first year I have attended it and I can tell you it was the absolute best days of gaming I have ever had in my life.  My schedule was busy from start to finish and I came home absolutely exhausted. I will go over some of the things that I did over the course of the weekend and show some of the stuff I managed to pick up.

First of two events that I was going down to GenCon to do.  D&D Championship is a fast-paced, grueling 4 hour, 5 encounters...if you make it that far.  This year the Championship was an Epic level tourney;  22nd level to be exact.  We played 5 encounters of 45 minutes each.  This was a timed event and if you failed any of the encounters, your chances of being eliminated from the tourney was very likely.

Out of the forty or so teams that entered this competition, we made it down to the last 6, to eventually win 3rd place overall in the tourney due to two rookie mistakes we made at the table.  Great time was had by all. I can't wait to see what they throw at us next year.  Our team came out of there with some pretty good swag.  Worth missing 4 seminars for it. 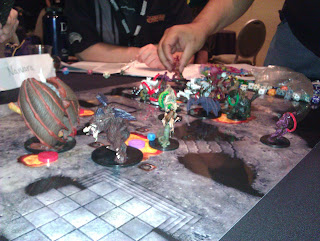 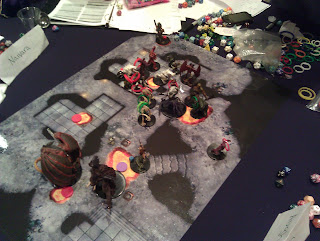 You can get more detail on this year's D&D Championship here.  Good times were had by all.

The ultimate event and if I only had to do one event at GenCon, it would be this one.  Derek, Dan and I planned and primped and went over strategies for this tournament. We even participated in a tourney before the tourney to get brushed up on the do's and don'ts of the fourthcore.

Fourthcore Team Deathmatch Tournament at Gencon this year was a two map play guarantee, most kills elimination for the first round.  In the final two rounds it was just plain elimination. It was grueling, but with much skill and strategy we overcame the adversity and WON the tournament.

Fourthcore Team Deathmatch is:"...a contest of skill, wits, and luck.  FTDM is about winning D&D."  It was a great tourney and I recommend it to anyone. 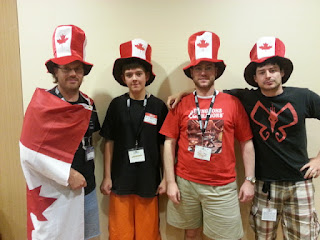 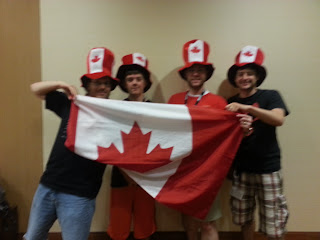 Read more about the Deathmatch here.  Good times were had by all...

Things That I Accomplished on This Trip


Three out of four goals have been met.  GenCon was a success.

Some stuff I got from the Con 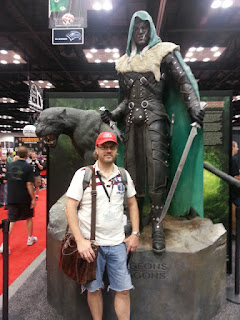 Hope to see you all next year.