Closet Gamers: Their Friends Think They go to Poker Every Friday!! 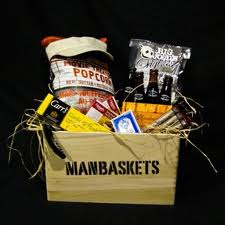 I know.  I owe you all a couple of posts.  I have been busy with a lot of things these days.  Good stuff, I hope coming in the next couple of weeks.  Nothing huge mind you, but some tweaks to the site and some information being added.  Loving the year so far.  But enough of me.

I have been endorsing the "Reading an RPG in public" motto that the escapist has been promoting for years.  It occurred to me that there are still people out there that are embarassed to play RPG's in public.

The first time I heard this I almost crapped my pants.  I thought to myself: "What is wrong with these people? I have not been, nor ever been shy to announce that I play Dungeons & Dragons? There is nothing to be ashamed about?"  It is fun, social...but then I realize, some people just feel that way.

Some of the reasons they may be shy about admitting their involvement.

1. D&D is an underground game:

What I mean by underground game is that most people play in the basement, and some people think that because it is played in the basement, that it is an underground society that is open to the elite few geeks.  Well think about it?  When did we all start to play?  We were teens and our parents did not want six teenagers playing in the living room, making such noise, and disturbing the silence of the house.

Even putting that argument aside, the basement is usually where there is the most room for setting up such a gaming event.  Where else can you comfortably seat 6 people without stepping all over yourselves?

You know, they probably have a point here, this is a harder one to tackle.  We are, or were, stereotyped(and still are) as geeks and nerds, caught up with our minis and dressing up with swords and such.  We really do not but it seems to be the consensus with the general population.

We probably would not attract the prom queen, or the supermodel, but there are a lot of girls who like guys that are into gaming.  Look how many play WOW!  Less than previous years, girls are getting into gaming more and more and I think the views of gamers are changing.  You just have to find the right girl.  My wife does not like the game per se, but she accepts the fact I play a GAME.  Yes, it is only a game.

Says who?  Where else can you find tons of people who can get together, play a game for hours on end without having to get drunk and telling everyone that you are their best friends.  Where else can you make the best of friends, friends that you will game with for the next 20 years or so?  Upon returning to Elliot Lake after being away for 15 years, I got in touch with an old gaming buddy from high school and we have been gaming now for 6 years.

I use Dungeons & Dragons as an extra-curricular activity after school to teach my students about teamwork, cooperation, math, imagination, logic and literacy.  Can you say that about any other activity?

So come on, get into the mood, come out of the closet and join the thousands who have found a game that challenges them, a game that they are proud to play.  Don't call it poker night, call it GAMING NIGHT!!

Do you have friends who are closet gamers?  What do they call it?